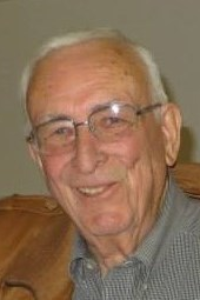 RICHARD “Dick” EDWIN PEARCE – RETIRED LIEUTENANT COLONIAL- U. S. ARMY age 83, of Whitman MA and Orange City FL. passed away on Wednesday, September 13, 2017.
Dick was the beloved husband of his wife of 29 years, Leslie (Birtwell) Pearce recently of Whitman MA and Orange City, FL. and is survived by his two sons, Greg Pearce of Manchester, New Hampshire and Richard Pearce Jr. of DeBary, Florida and his daughter, Sarah Conroy of Hanover, MA, He was the loving grandfather of Eoin Houlihan of Hanover, Massachusetts. He is predeceased by his parents, Paul and Blanche Pye Pearce and his two brothers James Pearce, Walter Pearce and his sister Doris Palin.
Richard was born in South Weymouth MA, graduated from Weymouth High School in 1952 where he was a Weymouth High Football Alumni 1948-1952 before graduating from Boston College in the Class of 1956 and played on the Boston College Football Team from 1952-1956.
He served his country with honor in the US Army, retiring after 20 years as Lt. Colonial where he served in the Korean and Vietnam war. He later worked in Automotive Finance in Massachusetts and Florida. Dick was elected as a Commissioner to the West Volusia Florida Hospital Authority in 2000. He served on the City of Deltona, Florida Comprehensive Plan Committee. Former Member of, Sons of Italy Deltona, FL, DeBary, Fl. VFW Post 8093, Whitman Ma VFW Post 697, Four Townes Rotary Club - Orange City, FL
Relatives and friends are respectfully invited to a Memorial Service in honor of Dick, on Saturday, September 23 at 10 AM in the Holy Nativity Church located at 8 Nevin Rd. S. Weymouth, MA.
In lieu of flowers please make donations in Dick’s memory to the Salvation Army Disaster Relief, Hurricane Irma Operation, P.O. Box 1959, Atlanta, GA 30301. www.HelpSalvationArmy.org. Please put Richard Pearce, 134 Pleasant St. S. Weymouth, MA 02190 on check or online donations so the family is contacted about your donation.


To order memorial trees or send flowers to the family in memory of Richard E. Pearce, please visit our flower store.