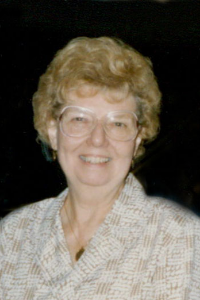 Eleanor was raised and educated in Weymouth and worked in administration at the Hingham Shipyard and as a Sales Associate at Jordan Marsh and Macy’s. She lived in Bloomington, IN; Eastport, ME and Franklin, NH before settling in Weymouth and raising her family.

Relatives and friends are respectfully invited to the visiting hours for Eleanor on Sunday August 20, 2017 from 3-7pm in the C.C. Shepherd Funeral Home located at 134 Pleasant St. (Columbian Sq.) South Weymouth, MA. Relatives and friends will gather in the Funeral Home at 9:30AM on Monday for a Celebration of Life prior to the Funeral Mass in honor of Eleanor’s life which will be held at 10:30am in the Immaculate Conception Church, Weymouth. She will be interred at Blue Hill Cemetery in Braintree.

To order memorial trees or send flowers to the family in memory of Eleanor Henley, please visit our flower store.