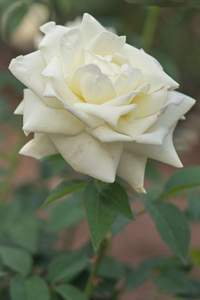 Stanley Weston, Jr., age 83, of Pembroke and formerly of Weymouth passed away suddenly on March 24, 2017. Stan was born in Quincy then was raised and educated in Weymouth. After high school he entered the Army and served six years then four additional years in the Army Reserves. During his time in the Army he married his first wife Joan (Donovan) and they settled in Weymouth where they raised their family. Joan passed from a long battle with cancer at the age of 48. Stanley married his current wife, Cynthia Hartstone in 1981. They settled in Pembroke where Stanley enjoyed working at Purple Treasure House with Cynthia. Stan was a Weymouth Fire Fighter for 35 years and a man of many talents and interests including training and racing harness horses, coaching Weymouth Youth Hockey, and fishing.

Stanley was also considered a Jack-of -all-trades who loved fixing anything that needed it. He was a much loved man who enriched the lives of those he met with his knowledge, sense of humor, and personality.

Relatives and friends are respectively invited to the visiting hours for Stanley on Wednesday March 29, 2017 from 5-8PM in the C. C. Shepherd Funeral Home located at 134 Pleasant Street (Columbian Sq.) Weymouth, MA. Relatives and friends will gather in the funeral home on Thursday at 8:45AM for a funeral service which will begin promptly at 9AM. Burial will immediately follow in the Bourne National Cemetery. In Lieu of flowers donations may be made in Stanley's memory to the St. Jude Children's Research Hospital at 262 Danny Thomas Place, Memphis, TN 38105.

To order memorial trees or send flowers to the family in memory of Stanley Weston Jr., please visit our flower store.