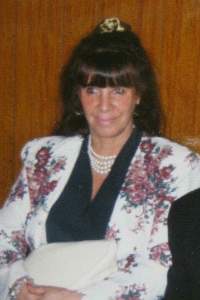 Deborah (Debbie) D. (Davis) Whouley of S. Weymouth passed away suddenly in her sleep on February 12, 2017 at the age of 72, after losing her husband and love of her life Robert “Bob” E. Whouley, Sr. just 4 months ago in October, 2016. They are now together for eternity.
She was born and raised in the Charlestown, MA where she met her husband. She was loved by all that knew her. She was an incredible sports fanatic (especially hockey) and loved to watch her children and grand-children play sports.
She was the loving mother of Michelle Putnam and her husband Scott; Robert E. Whouley, Jr.; and Allyson Iacobucci. She also was a very attentive and supportive Nana to Matthew, his fiancé Susan & great-grandma to their children Tristian and Vivienne Grace, Ryan MacQueen , Michael Whouley, Jacquelyn McMahon, Shawn and Evan Whouley, Mya, Jason and Olivia Iacobucci. She is also survived by her sister-in-law Anne Whouley and a brother Robert C. Davis.
She is predeceased by her mother, Winifred E. (Westland) Davis, sister-in-law Frances (Mickey) Whouley, brother-in-law Joseph Whouley and son-in-law Christian Iacobucci.
Visiting hours will be held on Thursday, February 23, 2017, from 4:00p. to 7:00p. at the C.C Shepherd Funeral Home, 134 Pleasant Street (Columbian Square), South Weymouth.
In lieu of flowers, donations may be made in Debbie’s name to www.michaeljfox.org/donate. If you would like the family to know of your donation use email michelleputnam61@gmail.com.

To order memorial trees or send flowers to the family in memory of Deborah D. Whouley, please visit our flower store.