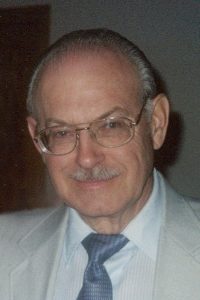 Winthrop Sargent Roberts, age 82, passed away with family by his side on November 3, 2016. Winthrop was born and raised in Braintree, MA. He was a graduate of Bentley Business School. Early in his career he worked as a banker while serving as First Lieutenant in the National Guard. He lived most of his adult life in Weymouth, MA. In 1961 he began working for Allen Furniture as an office clerk. Winthrop worked his way up to treasurer and then finally to Vice President. After his retirement in 1998 he moved to his lakefront home in Waterboro, ME with his wife Shirley.

Winthrop is survived by his beloved wife of 60 years Shirley Roberts (Loukola) of Waterboro, ME, his loving children John Roberts and his wife Eleanor of Waterboro, ME, Bill Roberts and his wife Shelley of Weymouth, the late Randy Roberts, and Winthrop’s daughter-in-law Diane Roberts-Parris and her husband Mark of Bridgewater. He is also the cherished grandfather to Elyse, Amy, Nate, Danny, Morgan, and Carly.

Relatives and friends are respectfully invited to the visiting hours for Winthrop on Saturday November 12, 2016 from 10-12AM at the C. C. Shepherd Funeral Home located at 134 Pleasant St. (Columbian Sq.) S. Weymouth, MA. A service will be held in honor of his life in the funeral home immediately following the visitation at 12 noon. Burial will be at Elmwood Cemetery in Bridgewater. Donations in memory of Winthrop may be made to the American Diabetes Association at 2451 Crystal Drive, Suite 900 Arlington, VA 22202.

To order memorial trees or send flowers to the family in memory of Winthrop Roberts, please visit our flower store.