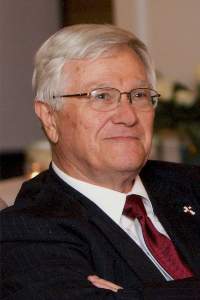 Deacon Joseph V. Vitello, age 79, passed away surrounded by his loving family on October 20, 2016 at the Pat Roche Hospice Home in Hingham, MA following a courageous five year battle with Alzheimer’s disease. Joe was born in 1937 to his loving parents Angelo and Ethel Vitello where he was raised and educated in Jamaica Plain. Joe attended Wentworth Institute while also serving with the Massachusetts National Guard. He met Mae Kenny in 1955 and they married in 1960, then bought a house in Abington where they started a family. In 1962 they relocated to South Weymouth and have resided in that same family home since. Joe was always very involved in the Weymouth and Abington communities coaching youth baseball, hockey, and was always willing to volunteer his time freely. Joe was also the longtime owner and operator of J. W. Graham Painting Company, a third generation family owned business which continues to this day.

Heeding the call to serve, Joe became a Eucharistic Minister and Lector at St. Francis Xavier Parish in 1979. In 1986 Joe was invited to begin his studies to become a Permanent Deacon. Joe was ordained on September 15, 1990 at the Cathedral of the Holy Cross and served St. Francis Xavier and St. Jerome’s Parishes in Weymouth for many years. Joe was honored to perform the sacraments but truly enjoyed weddings and baptisms including his own children and grandchildren.

Among Joe’s many contributions he was most proud and dedicated to the Medical Mission he established in 2004 for the impoverished community surrounding the area of Constanza in the Dominican Republic. Founded within the tenets of the Permanent Deaconate this active mission continues to provide professional healthcare and clean water for the people of this region.

Joe was passionate about many things, but nothing compared to his faith and to his family of whom he is so proud. He is described by those who love him as a humble and devoted man whose integrity, kindness, and compassion helped shape those who were close to him.

Relatives and friends are respectfully invited to attend the visiting hours of Deacon Joe where he will lie in state on Monday October 24, 2016 from 4-8pm at St. Francis Xavier Church located at 234 Pleasant St. S. Weymouth, MA 02190. Relatives and friends will gather at St. Francis Xavier Church again on Tuesday morning for a Funeral Mass in honor of Deacon Joe that will begin at 9:30AM. Internment will immediately follow at Lakeview Cemetery, Pond Street in S. Weymouth. Due to Deacon Joe’s strong dedication to various charities and public service his entire life, his family would very much appreciate donations in his memory rather than flowers sent to his service. Please donate to either the Constanza Medical Mission C/O Joanne Tully at 117 Forest St. Whitman, MA 02382 or to the Friends of the Unborn at P.O. Box 692246 Quincy, MA 02269-2246. Services for Deacon Joe Vitello are in the care of C. C. Shepherd Funeral Home in Weymouth. For directions or online condolences please visit www.CCShepherd.com or call 781-337-0050.

To order memorial trees or send flowers to the family in memory of Deacon Joseph V. Vitello, please visit our flower store.