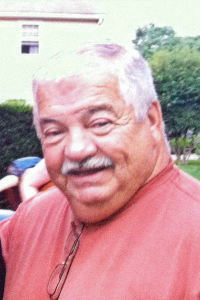 Paul G. Jenner Sr, age 72, of Weymouth passed away peacefully on June 21, 2016. Paul was born and raised in Boston then moved to Hingham during his High School years. He served his country as a Marine at a base in Hawaii from 1963-64 where he attended classes to continue his education. When he returned to Hingham he met his loving wife of 48 years, Kathleen. They soon got married and settled in Weymouth where they raised a family and continued to live since. Paul worked for the Quincy Shipyard for four years and the Town of Braintree for eleven years before starting his own company, Paul G. Jenner Associates, which he enjoyed for many years. Although he enjoyed caring for his yard, camping, and travelling above all else Paul loved spending time with his family especially his grandsons. Paul was a caring father and a great friend who will be remembered for his great stories.
Paul is survived by his beloved wife Kathleen Jenner (Rowe) of Weymouth, his loving children Paul G. Jenner Jr. and his wife Lee Ann of Abington, Richard J. “Dicky” Jenner and his companion Kathleen Davey of S. Weymouth, and Kathryn R. Carroll and her husband Sean of Weymouth. Paul is also the cherished grandfather of Patrick and Conor, and the devoted brother to Judith Welsh and the late Claire Devlin, Eileen McCullock, Henry Jenner, Kevin Jenner, and Laurence Jenner.
Relatives and friends are respectfully invited to the visiting hours for Paul from 2-6PM on Sunday June 26, 2016 at the C. C. Shepherd Funeral Home located at 134 Pleasant St. (Columbian Sq.) Weymouth, MA. Relatives and friends are also invited to attend the Funeral Mass in Honor of Paul which will be held on Monday morning at 10AM in the Immaculate Conception Church, Weymouth. In lieu of flowers donations in memory of Paul may be made to the John Scott Activity Fund C/O John Scott House 233 Middle St. Braintree, MA 02184. If you would like to leave a message for the family please click on the candle.

To order memorial trees or send flowers to the family in memory of Paul Jenner Sr., please visit our flower store.